The first English domestic timepieces date from about 400 years ago. In earlier times the only timepiece in a settlement might well have been the church clock. Some complicated ones still exist in dusty towers. With a clashing of bells they announced curfews and early warnings to alert marketmen and milkmaids, gardeners and goosegirls. Before that, time was measured with sundials.

The late 17th and early 18th century was a time of famous clock makers. A blue plaque on Fleet Street commemorates the clock workshop of Thomas Tompion. He and his colleagues made imposing clocks, often decorated with gilding, painting, or rare marquetry. Their wonderful creations were mirrored in the young United States by clockmakers in Philadelphia, Newport, and Boston.

In the next century increasing mass production meant that everyone could afford a timepiece, and factories turned them out in a range of designs. Examples from this period are popular among collectors.

If you are interested in buying old clocks, start by studying museum pieces. Londons museums house some fine collections. The finest English examples reside at the Victoria and Albert Museum and the British Museum has some unique clocks, too. Londons Guildhall Clock Museum is a clock-lovers dream. This small museum, located inside the Guildhall Library, features the collection of The Worshipful Company of Clockmakers, a London livery company founded in 1631. It includes more than 700 clocks, watches, and marine chronometers, produced between the 15th and 20th centuries. The collection includes the work of the leading British and foreign clockmakers, among them Thomas Tompion. The museum is open on weekdays and free – a must if you are a clock fancier.

After youve familiarized yourself with the finest pieces available, head off for a specialist shop or antique emporium to seek out your own treasures. Call the British Antique Dealers Association for the names of reputable U.K. clockmakers. Aubrey Brocklehurst, at 124 Cromwell Road, in London, always has a good array of clocks on display and you may even be invited to see their fascinating clock and furniture repair workshops downstairs. Another good source for quality antique clocks is Jillings, at 8 Halkin Arcade, Motcomb Street, London SWlX 8JT. Tel: 0171 235 6800. 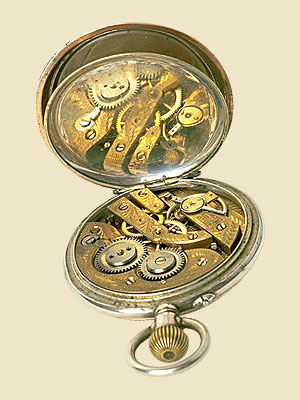 Collecting clocks makes a very rewarding hobby – there is something about an old clock that charms and calms. Clocks are useful as well as decorative; their dignified ticking and melodious chimes make them a delightful and lively addition to any home.

Once you have acquired your treasure, you wont notice its ticking after a time, but you will miss it if it stops! It will need an occasional cleaning to keep it in good order. Have it serviced by someone who specializes in old clocks.

Although collecting old clocks can been seen as an investment, be careful; these timepieces possess personality and have an uncanny power to entrap you. Youll get so used to their individual characters that the last thing youll want to do is sell them.

READ  How to determine old watch manufacturer and age